A review of Seattle’s experience with dockless bike share. 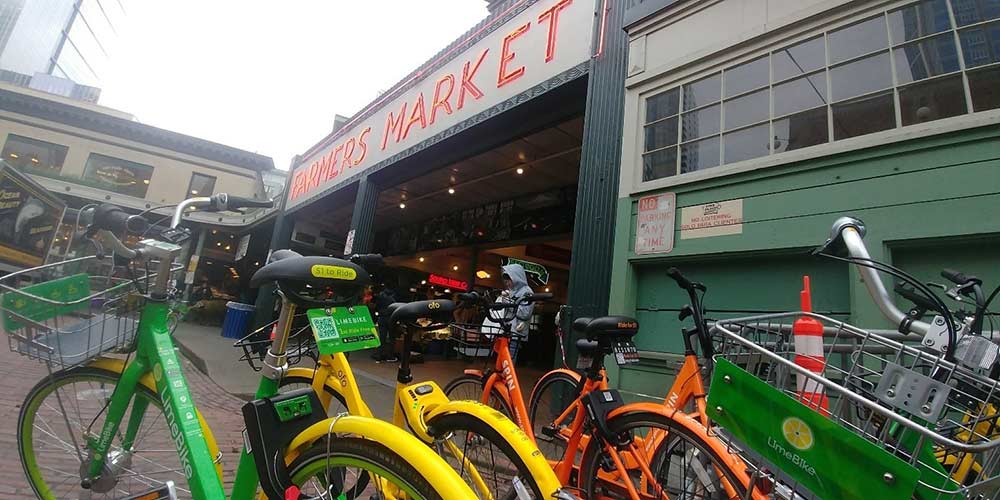 A bicycle is my favorite way to explore a city and often the most convenient, but I am rarely able to bring a bike along. Instead, I make use of the bike share systems that have become ubiquitous in cities worldwide. On a recent trip to Seattle I got to experience, for the first time, the new and growing trend of dockless bike share.

When their original pilot started in July 2017, Seattle was the first major city in North America to introduce the dockless systems. Now they host three competing services: Ofo, Spin and LimeBike, each with their own fleet of citrus-hued bikes.

Since then the dockless trend has grown across the county as cities have been interested in avoiding any capitol investment associated with the large docking stations, as well as the difficulty of finding places to put them. 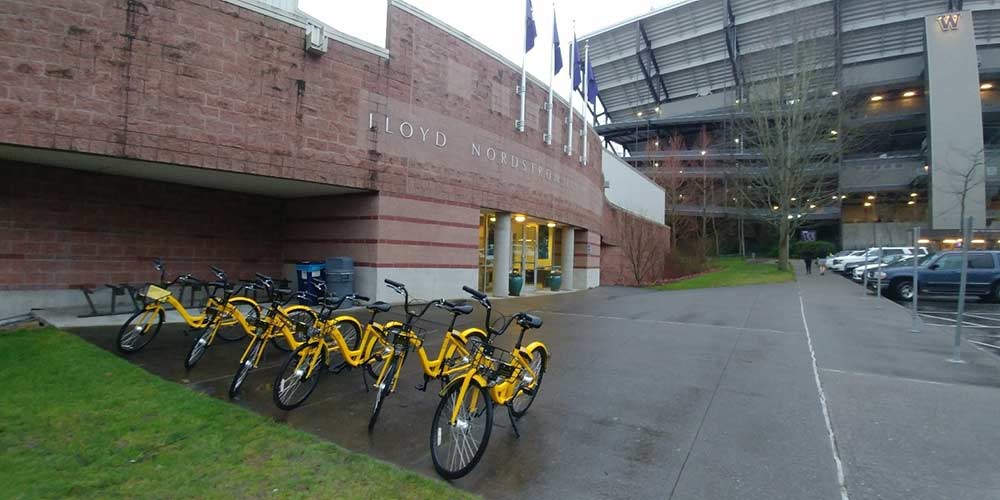 Ofo bikes queued up dock-free, ready for their next rider.

With the dockless model, bikes are unlocked using a smartphone app wherever they are parked. At the end of the ride, you simply hop and reengage the café-style lock around the rear wheel wherever you please, rather than needing to locate a dock.

However, the bike’s ability to be parked without use of the dock has also led to complaints and concerns. When the bikes are improperly parked at the end of a ride, it can make for a cluttered and unsightly streetscape that can be difficult to navigate, especially for those with wheelchairs or other mobility issues. 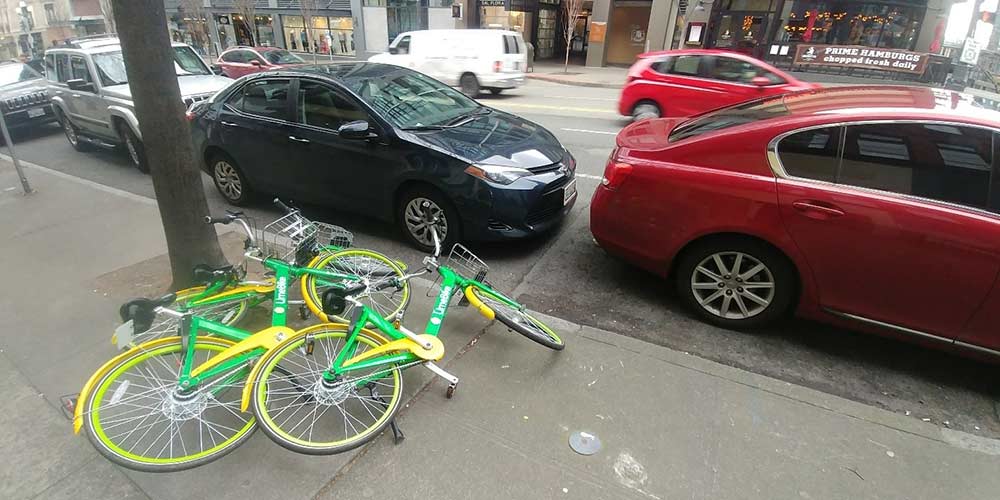 A downfall of dockless bike infrastructure: cluttered sidewalks that can be difficult to navigate for those with mobility concerns.

While bikes were often neatly parked in rows on sidewalks, I saw just as many bikes carelessly strewn about. Some of these examples of poorly parked bikes go beyond neglecting to use a kickstand. Numerous twitter posts highlight some of the more egregious (and often comical) examples with bikes parked underwater, perched in trees and atop roofs or stacked in heaps above head height.

To address the issue, Seattle has just begun piloting designated sidewalk parking zones in select locations, but we will have to wait and see if this strategy proves to be effective. 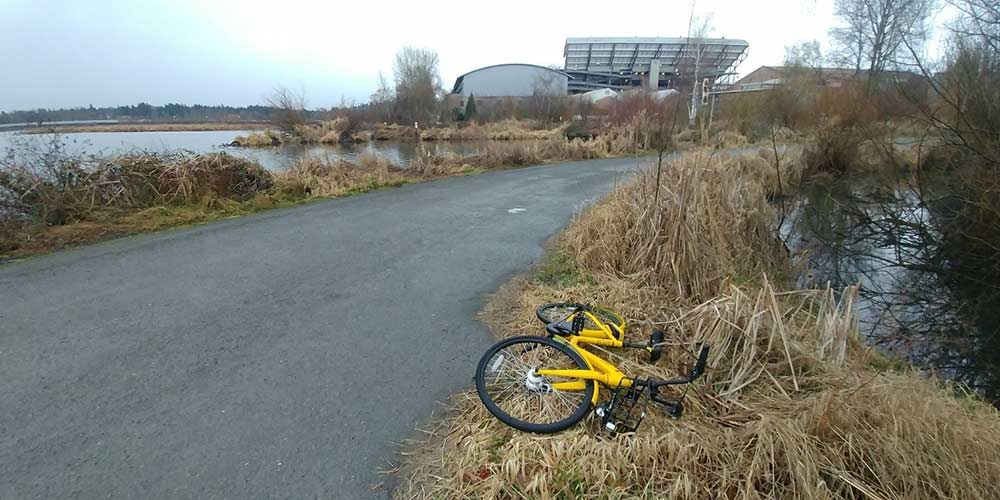 An Ofo dockless bike parked poorly along a Seattle waterway.

By and large, finding a bike was not a problem. In busier neighborhoods, I would rarely need to move more than half a block to grab a free bike. This made it easy to hop on whenever the need arose and even better was the ability to ride directly to my destination rather than needing to locate and then walk to or from the nearest station. This convenience made it feel more like I was using my personal bike (despite the tank-like build) to ride wherever I wanted to go rather than within the constraints of where stations were located. 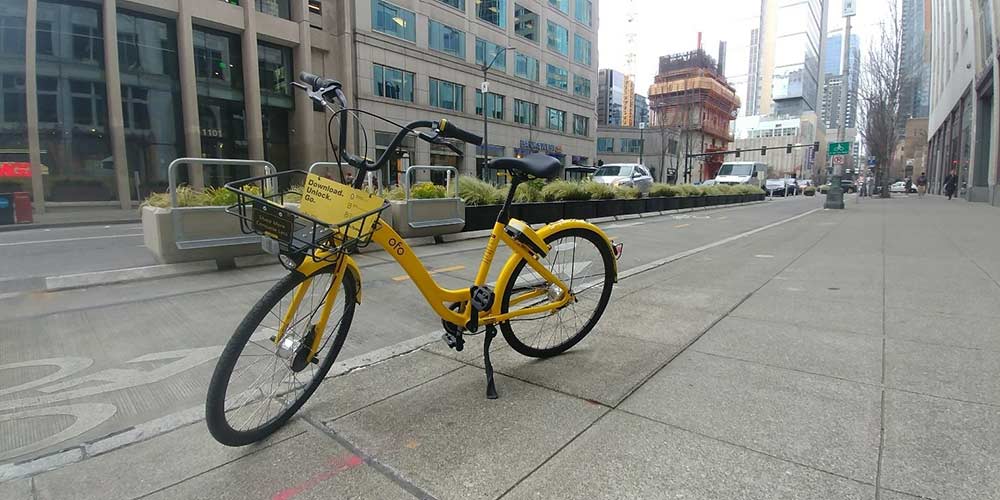 The apps themselves were easier to use than the dock kiosks, or having to use a FOB or keypad on the bike itself. You simply used your phone’s camera to scan the bike’s RFID code and wheel lock would pop right open. They also included a mapping device to make it easy to find a bike nearby and the ability to add additional funds.

However, with three services in Seattle, you would need to either download all three apps or limit the number of bikes at your disposal. Those without smartphones would also be effectively prevented from using the services. 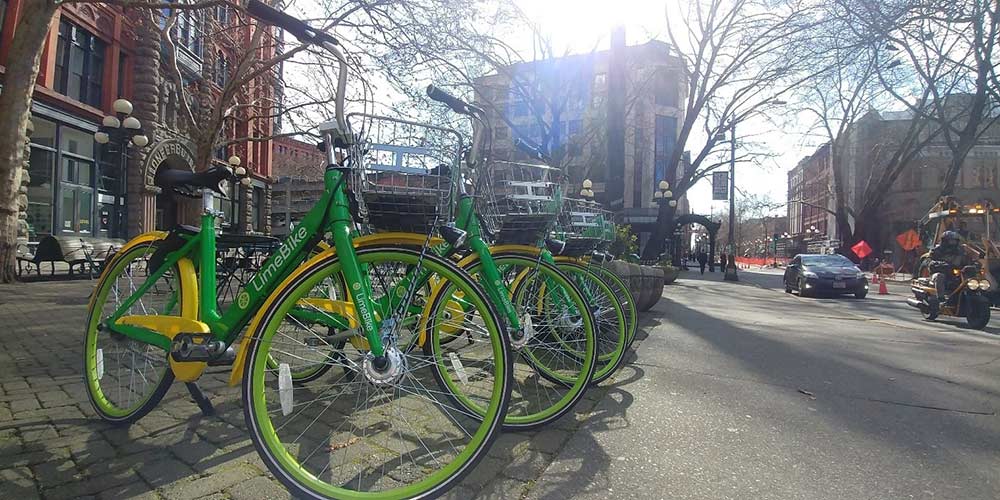 A fleet of LimeBikes waiting their next ride around Seattle.

One of the things I was most excited to check out were the Ebikes recently added to LimeBike’s fleet. Their pedal assisted cycles made the steep hills that cover Seattle far less daunting and it was a great deal of fun zipping around at speed with minimal effort.

However, these are not without their downsides. In my first attempt at riding one of these I found myself with a dead battery as I neglected to check it’s charge level in the app. The extra weight of the battery and e-drive made for a painfully slow and draining ride.

I quickly ditched the bike and fortunately did not have to find a dock. I simply hopped off once I’d had enough and left the bike on the sidewalk. LimeBike monitors and swaps out batteries on drained bikes, but finding a one nearby with an adequate charge is not always possible. 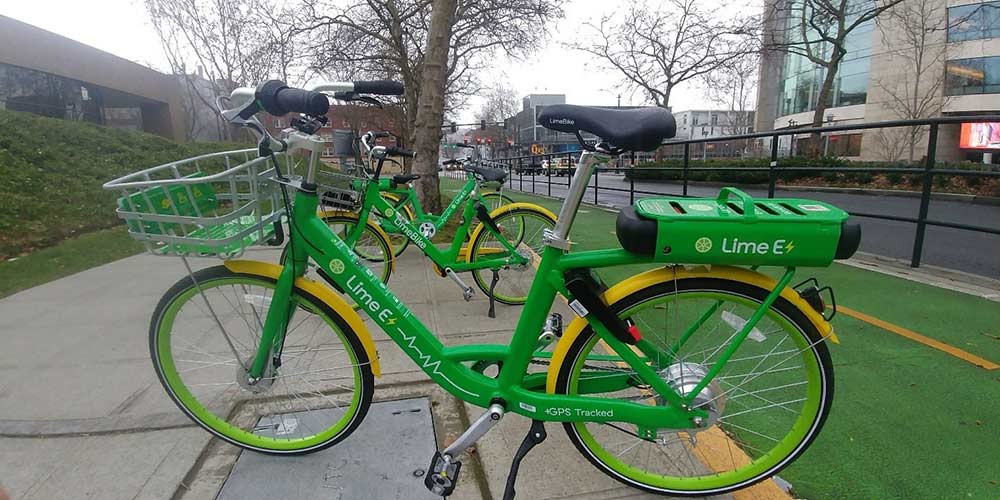 Overall, I found the dockless system to be far easier to use compared to the docking model. It made it very simple to ride freely wherever I wanted without being constrained by the locations of docking stations. It remains to be seen whether the business model is sustainable and whether cities can manage the proper parking of these bikes to keep their sidewalks clear for mobility and free of unsightly clutter.

For now, most of the responsibility falls onto the rider to make sure the bikes find their way to suitable parking space. For me, I am happy to make this effort if it means I can avoid the dock.

Until next time Seattle!