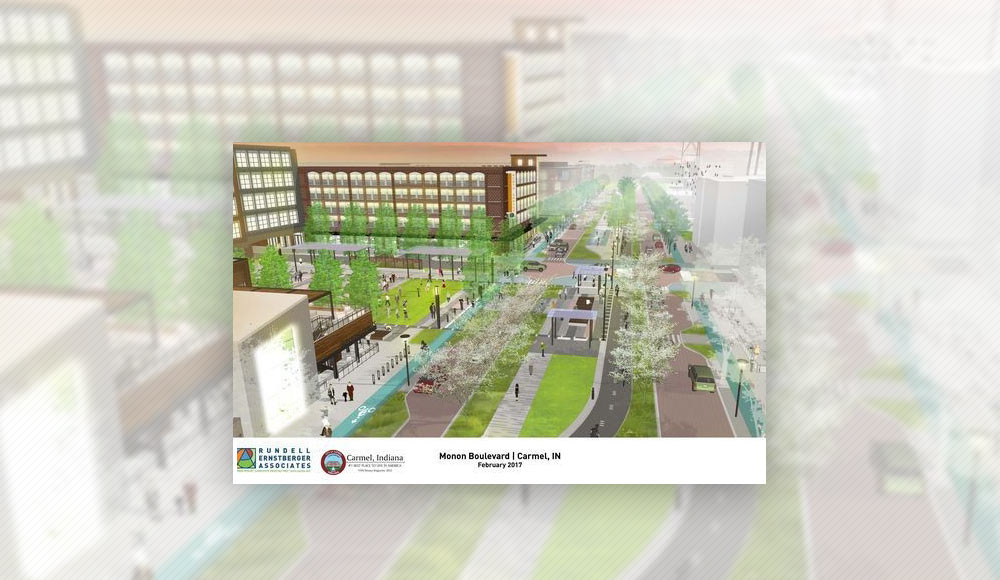 Carmel, Indiana, is among one of the safest cities for bicycling in the state and currently leads as the flagship cycling city. Our infrastructure team recently had the opportunity to collaborate with David Littlejohn, the Alternative Transportation Coordinator for the City, to help facilitate infrastructure and bicycle parking that aligns with the city’s current expansion in Carmel.

David works in the planning and zoning department alongside city officials to execute the City’s goal to create a sustainable and bikeable district that facilitates active transportation, economic vitality and clean city-living to residents and visitors. 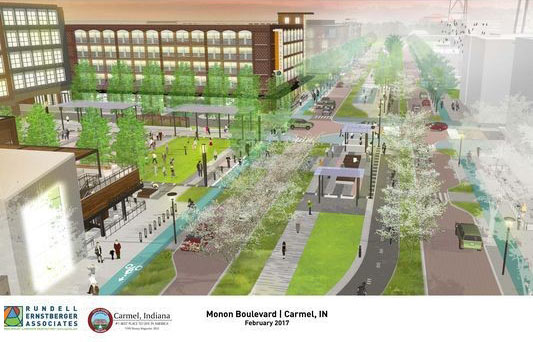 Photo of the Monon Greenway plans provided by the City of Carmel.


The Monon Greenway in Carmel is part of a larger rails-to-trails path from downtown Indianapolis north to Westfield and eventually to Chicago. Midtown Carmel, a redevelopment district in downtown, hosts a half-mile stretch of the five miles that extends through Carmel.

Over the next year and a half, this area will be transformed to include a pavilion to slow traffic equipped with bicycle parking and repair stations, cycle counters and a traffic-calming landscape design. Retail and multi-housing units will encompass the bicycle parking with a goal to install a mini bike hub, bicycle part and accessory vending machines and bike rooms inside the parking garages with proximity to the offices and apartment units. Although this trail already provides a space for mixed-use by commuters and recreators, we can utilize the cycle counters to demonstrate and track a rise in trail use. 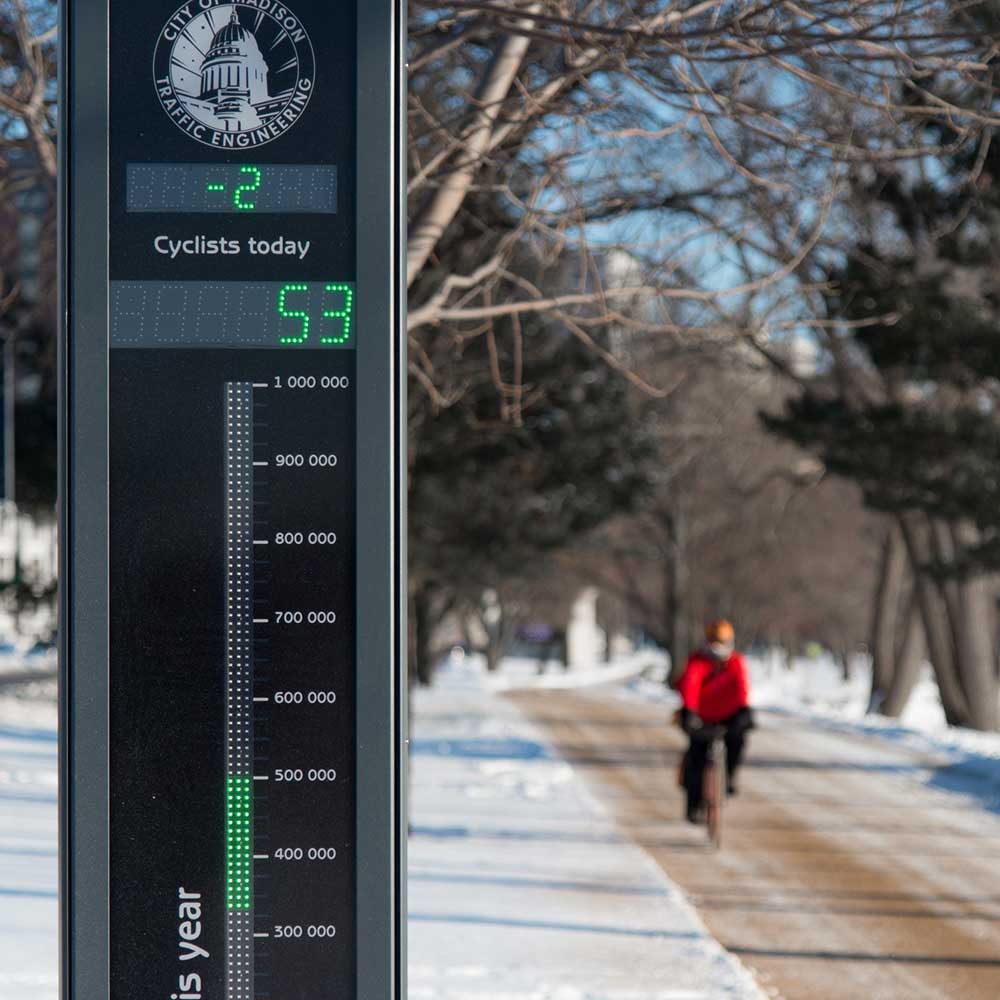 Cycle counters, like this one found in Madison, Wisconsin, will soon join Carmel’s Monon Greenway.