Home > Blog > It Only Takes One Person to Make a Difference: How a Bike Repair Stand United a Community

It Only Takes One Person to Make a Difference: How a Bike Repair Stand United a Community 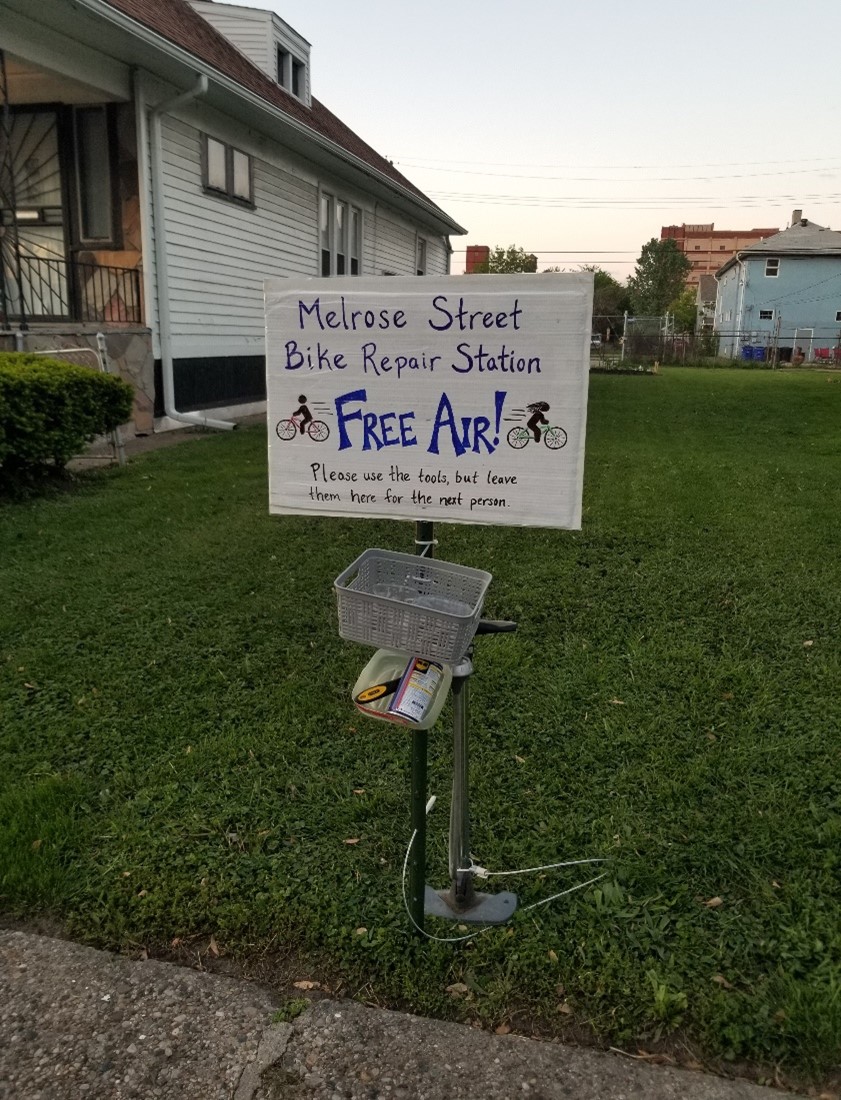 When Brian Kennedy moved to Detroit, Michigan in 2019, he noticed a lot of people riding by his house with flat tires. He started inquiring why this was. The response he frequently got was that they couldn’t afford pumps and they didn’t have the $1 to pay for air at the local gas station. As an avid cyclist, that situation was completely unacceptable to Kennedy. He wasted no time trying to solve this problem for his community.

In early spring 2020 he put in a DIY bike repair station. It included a hand pump tethered to a stake, and a homemade sign. The sun quickly faded the sign, and the rain did no favors for the pump. He knew he needed something better. In June 2020 he started a GoFundMe to raise money for the Saris Deluxe Public Work Stand. People supported his cause, and the fundraiser was a success.

First things first, he had to install this new repair stand himself. He started by digging the hole and pouring the cement. From there he assembled and installed the station. It was a welcomed upgrade for the entire community, especially those who used the DIY one. As one donor said, it was a wonderful piece of good news amongst all the bad news of Covid and summer 2020 unrest. 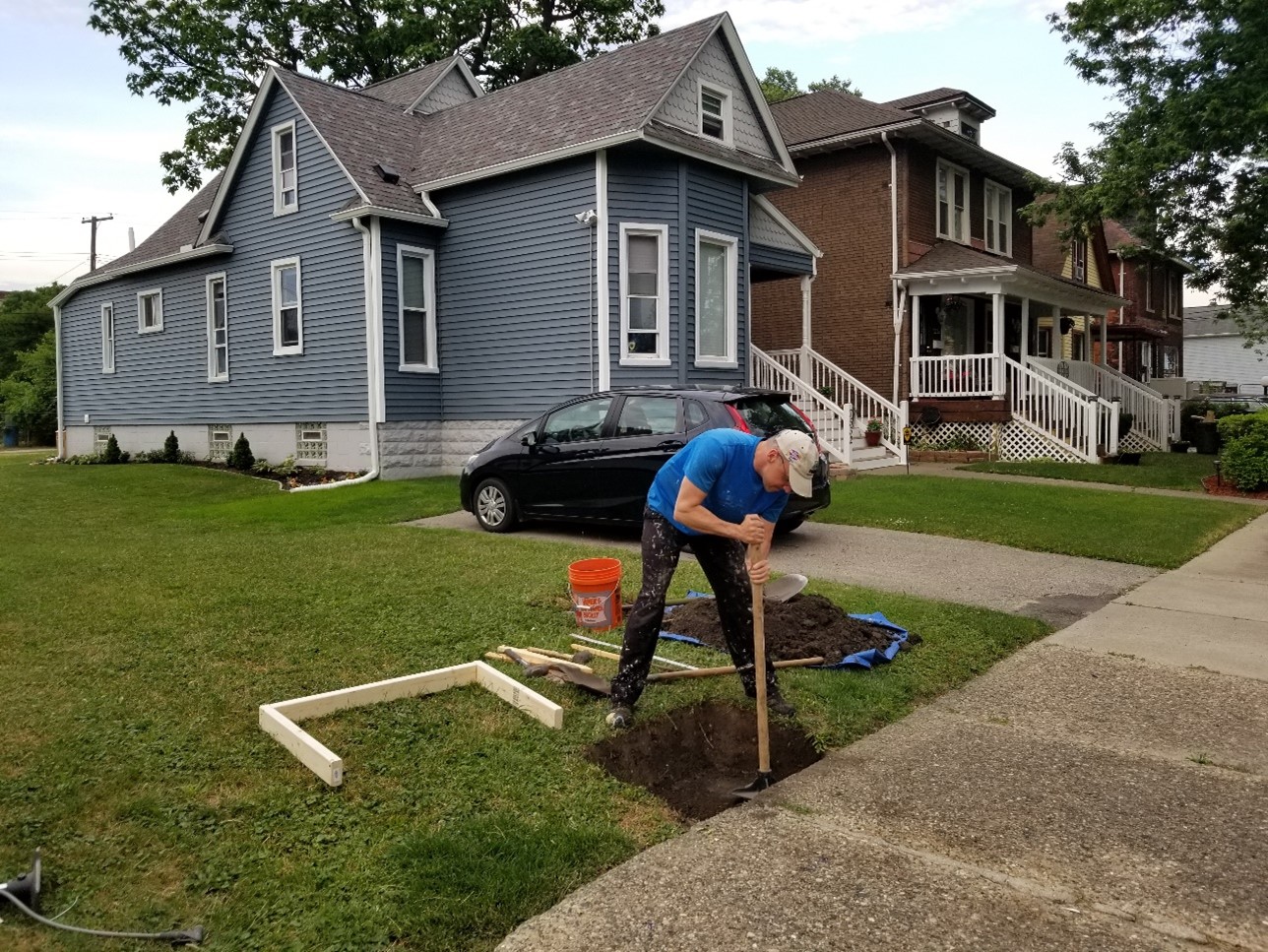 Kennedy worked from home during Covid, therefore he was able to see most of the people who stopped by to use the repair stand.

“I don’t interject myself unless I see them struggle, then I go out and help them. It’s so cool to see dads teaching kids how to put air in a tire or wrench a bike using the deluxe stand,” Kennedy said.

“I've also met a lot of really interesting people at the stand. By popular request, I even keep a basketball needle out there for people to use. There have been many, many people that stop just to take pictures because it's unusual to see one of these stands in a neighborhood yard…they know something special is happening.”

Not only has it been a tremendous resource for those who depend on their bicycles for mobility (and some recreational riders), it has also been an incredible source of goodwill in an underserved city.

Note: Kennedy hopes this story sheds a positive light on Detroit, since it is not always cast in that way.

We hope this story ignites ideas in all of us on how we can better support community infrastructure! Thanks Brian Kennedy, you are an asset to your community. 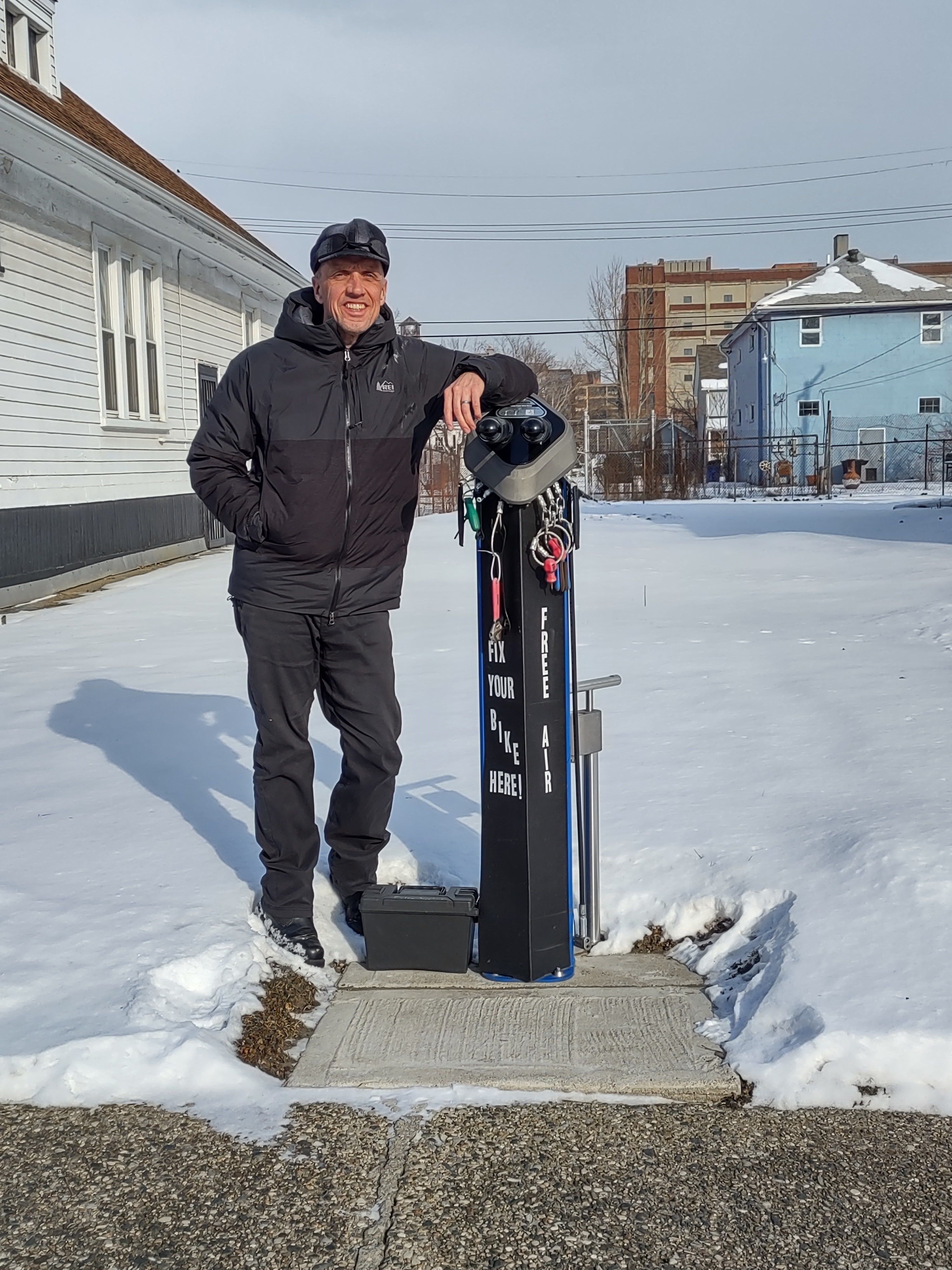