How Benjamin and Troop 600 took action to make their community more bike friendly. 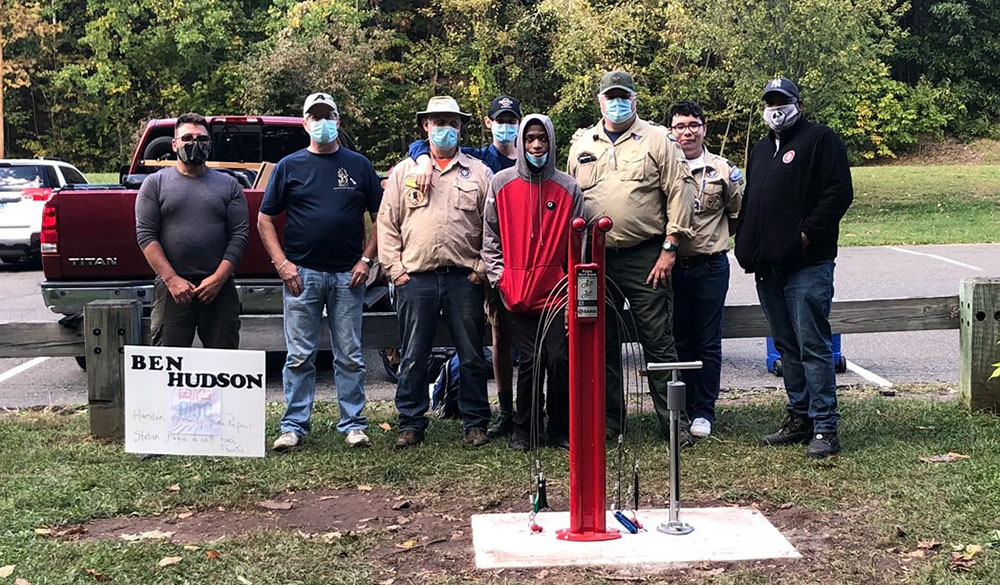 According to bike ridership statistics from cities around the world, it appears that the pandemic has given rise to a bike boom. Retailers are running out of stock on basic parts, major cities are investing in separated bike lanes and more people are learning that bikes need basic maintenance now and then. A squeaky brake pad, loose handlebars or a flat tire can be easily fixed if you have the right tools. While it’s exciting to see the growing acceptance of protected bike lanes, it’s important for bike advocates and city officials to remember the need for complete bike infrastructure that includes access to basic repair tools and air.

Benjamin Hudson, an aspiring Eagle Scout from Hamden, Connecticut, recently had an experience that impressed upon him the need for complete bike infrastructure. While out working towards his Cycling Merit Badge, someone in Benjamin’s group noticed their handlebars were loose. They were riding the 81.2 mile Farmington Canal Heritage Trail that runs along an abandoned rail corridor from New Haven, CT, to the Massachusetts border. Luckily, they were less than a mile from a bike shop and were able to fix the problem. Had the bike shop been closed, they would have had to ride another 16 miles before they found an alternative solution. That’s when Benjamin had the idea for his “bike oasis” project. 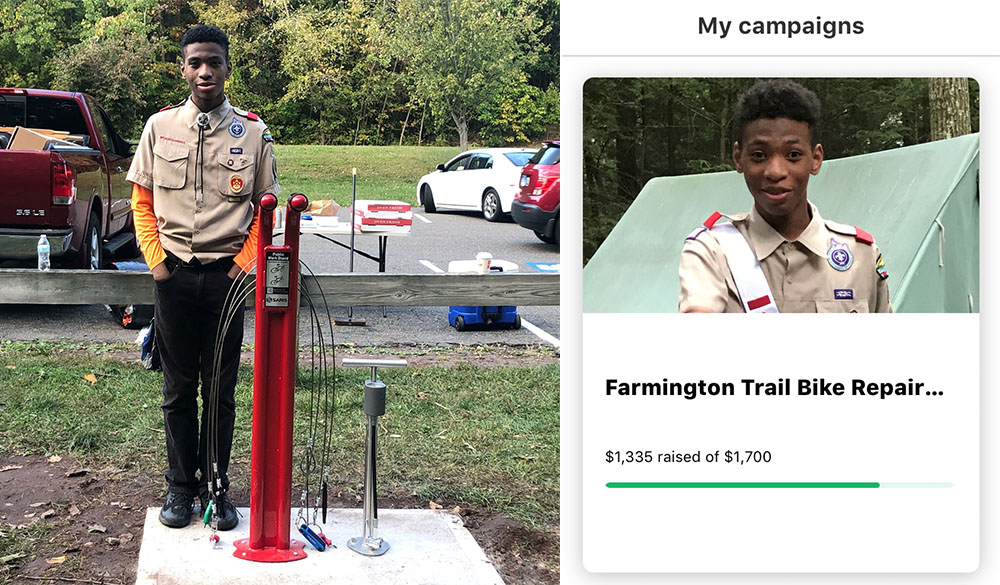 After getting his family’s support for the project, he worked with his Scout Master, Eagle advisor and local officials to get the necessary approvals to install a public-use bike repair station along the trail. Then COVID-19 hit and threw a wrench into his fundraising plans. Being the resourceful and creative person he is, Benjamin started a Go Fund Me page so that he didn’t have to rely on in-person events to raise money. The community quickly embraced his vision and he raised the funds to move ahead. 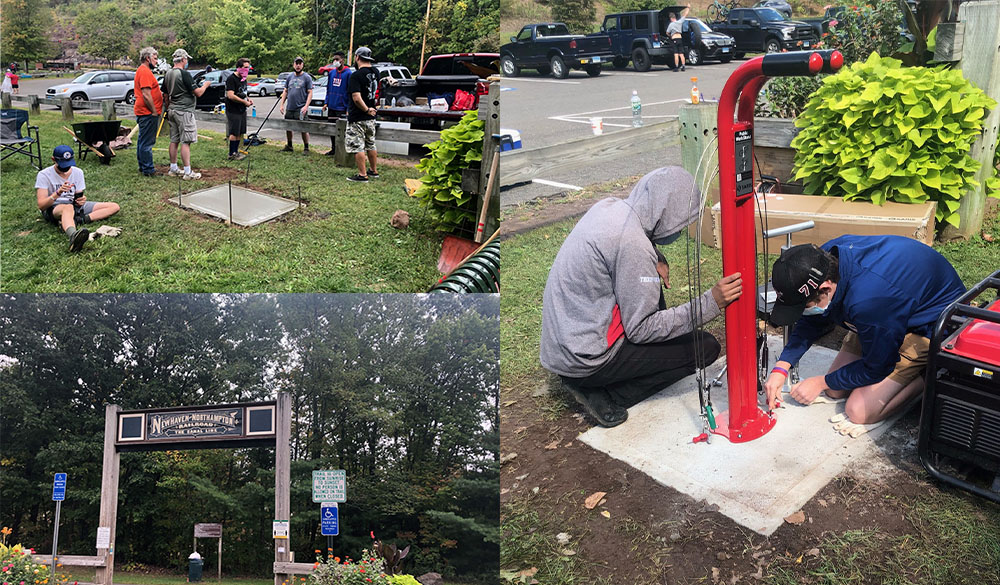 Luckily for us, Benjamin reached out to Saris Infrastructure and we jumped at the chance to help him make the oasis a reality. It turns out that his idea was on point because according to Benjamin, people riding by the installation started using it before they were even finished! Congratulations to Benjamin, his family and Troop 600 for taking action to make their community more bike friendly for everyone.