Part 2 in a mini-series focused on the cycling infrastructure of Scandiavia.

Part 2 of 2 in a mini-series focused on Scandiavia by Jereme Noffke, Parking Sales Manager

In Part 1 of our story, we journeyed to Malmö, Sweden and discussed first impressions of the bike infrastructure. Now we travel across the Oresund Straight to the crown jewel of biking: Copenhagen

Even after the warm-up in Malmo, filtering into the bustling flow of cycling traffic in Copenhagen was a bit of a shock. The number of cyclists and the speed at which they move about the city was quite impressive. While it only took a couple of blocks to get acquainted, the cycling in Copenhagen is serious business! Copenhagen is one of world’s leading cities in Cycle Track design and implementation. Cycle tracks are typically raised and separated bike lanes that create a safe and dedicated place space for cyclists to move about the city. In Copenhagen, a full network of connected cycle tracks allows cyclists to easily, quickly and safely reach any location in the city limits. 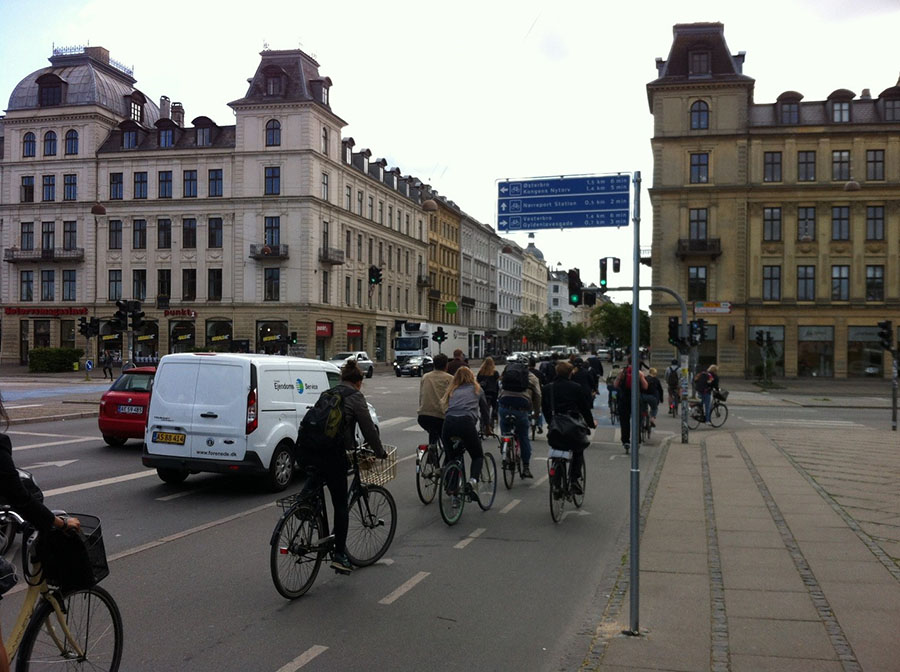 The thought process in Copenhagen is not necessarily about creating cycling infrastructure, but rather about creating a livable space touting lower noise pollution, higher quality of life and providing public spaces for every citizen to use. Cycling is a huge part of that equation. There is also a large focus on the finer details of the transportation system. They have implemented features such as the “green wave” which is a series of timers notifying cyclists how fast they need to go to make the upcoming traffic lights. This allows cyclist to have a non-stop trip down major corridors.

The Greenwave on display.

There are also other cyclist-friendly features on display in Copenhagen, like garbage cans along the cycle tracks that are angled at 45 degrees allow cyclist to throw their garbage away while not slowing down on the bike.All of these details communicate the convenience of cycling to both the daily and occasional commuter. 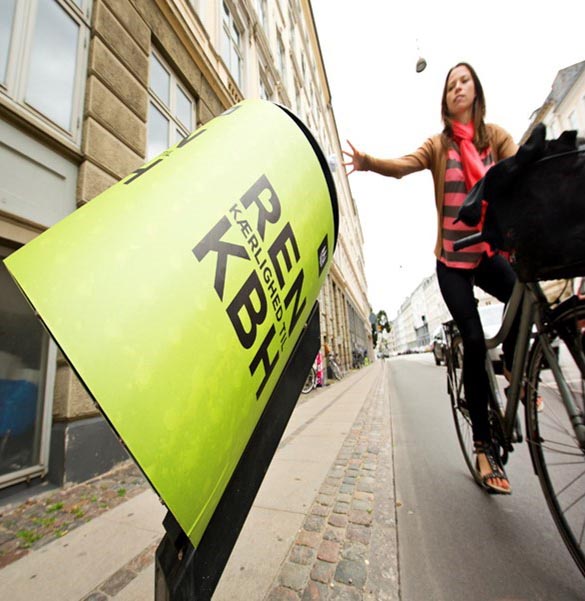 A garbage can for cyclists on the go.

Copenhagen has always had a rich cycling history, but I was surprised to hear that they also experienced a love for motor vehicles in the 1950’s. In some cases, cycling infrastructure was actually removed in sections of the city through the 60’s and 70’s with utility cycling falling to an all-time low of about 10 percent. However there was a bike resurgence in the late 70’s that continues today and has helped to build one the greatest active transportation systems in the world. For example, nearly 40% of work trips are being taken by bike. Here at Saris we continue to advocate and create products that will help build active communities along with bicycle infrastructure that the future generations will be sure to enjoy. I challenge you to do your part in creating the next generation of livable communities across the US. 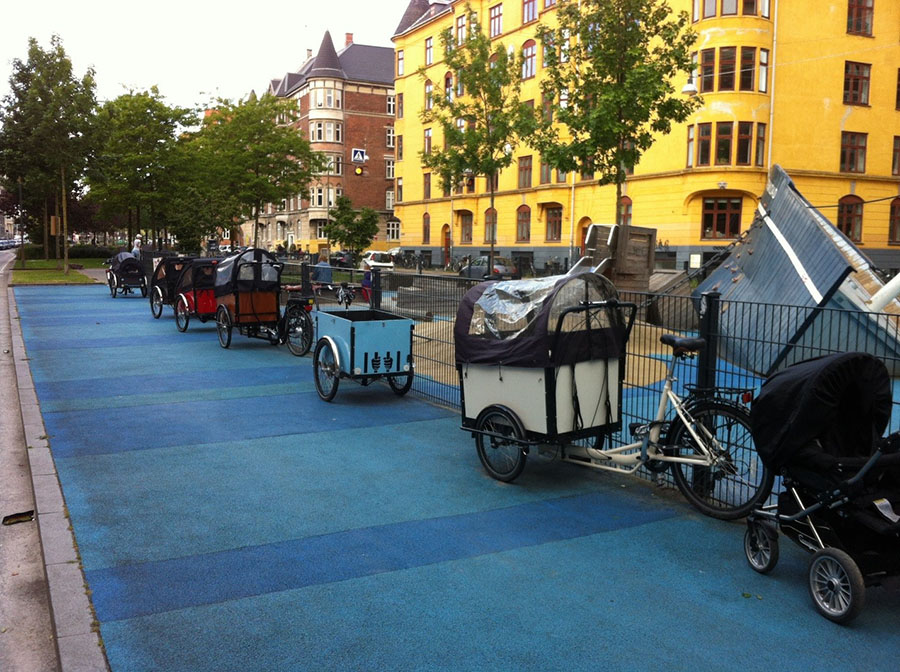