Part 1 in a two-part mini-series focused on the cycling infrastructure of Scandinavia. 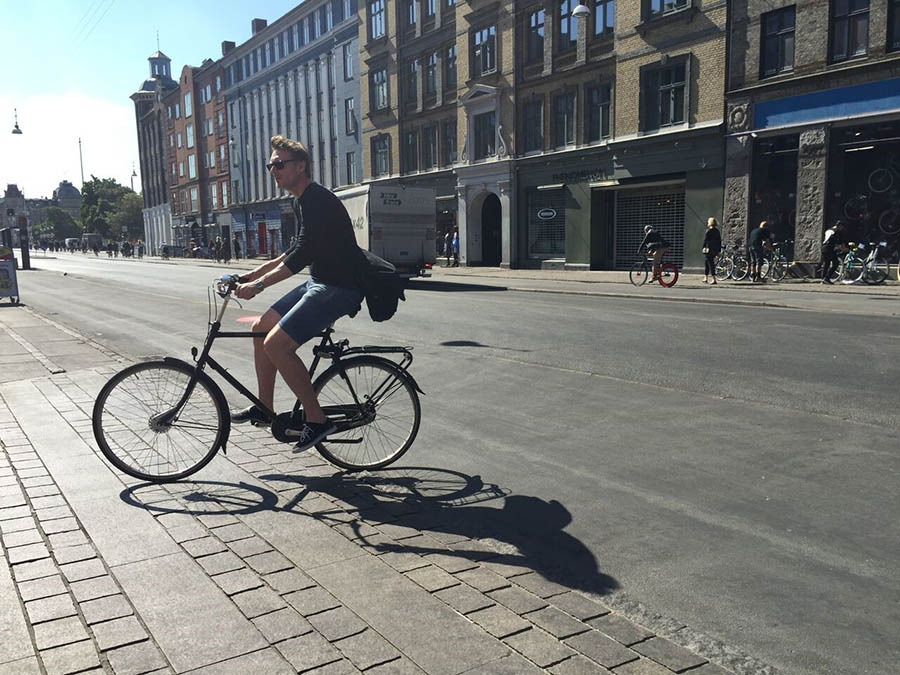 Our trip started in Malmö, Sweden, just across the water from Copenhagen. This was a great place to start our journey because it is a smaller community then Copenhagen, which allowed us to get comfortable on our bikes and learn the ways of the transportation system. Malmo has a lot of great off-street infrastructure that creates a very “safe” feeling while on the bike. One thing that became clear early in the trip was the focus on safety, which made sense because safety is one of the largest barriers of entry for getting people to use a bicycle to move around the city.

One of the coolest pieces of infrastructure that saw was raised cycle-path crossings. This is a traffic calming feature that is used to slow down traffic at major bicycle path crossings. Traffic does not have to stop at the cross walks, but at the very least cars have to slow down and put their foot over the brake when crossing over these intersections.

A raised cross walk in Malmö.

Bike parking is also abundant at major train stations so that bike riders do not have to bring their bikes on trains. Below are two photos of Malmö train stations where the incredible amount of bike parking is on display, and still with lots of open spots. In the US there is a tendency to build and provide the minimum number of bicycle parking stalls, but in this city they had built the number of stalls for the future! 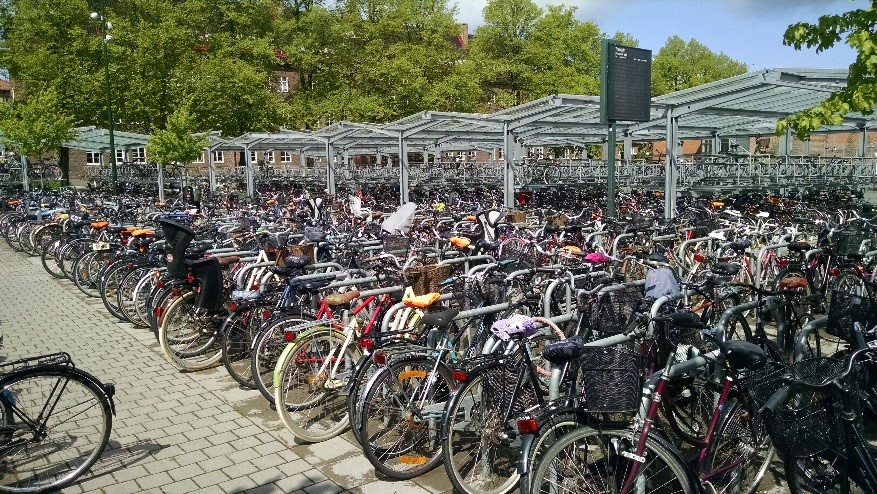 This photo is of relatively new station, and although there were plenty of open spots on the day we were there, they still had plenty of room for growth. They also included dedicated spots for cargo bikes, a growing trend among young families in the region. 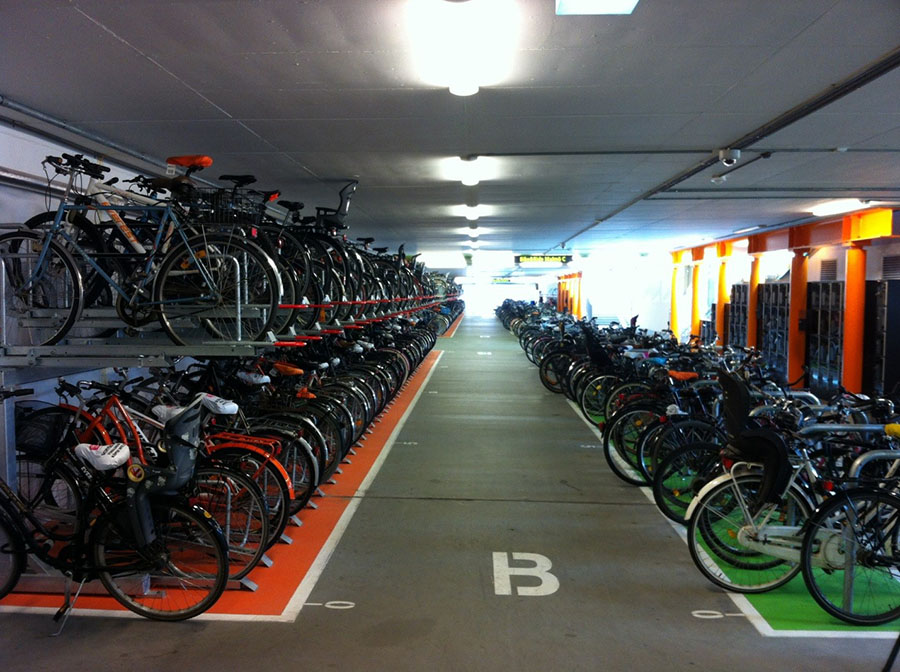 Another great concept we saw in Malmö was how points of interest were listed on a map by time rather than distance. These two stations were just a 15 min bike ride apart, which made it seem much shorter than a 5 mile ride.

We also learned that Malmö has a lot in common with many cities in the industrial belt of the US. When the ship building industry collapsed two decades ago, the city was in dire straits.Instead of a slow death of unemployment and urban/industrial decay, they chose to invest heavily in new development, including cycling infrastructure. This helped make themselves more attractive to biotech and IT industries and employees (which resulted in poaching young Millennials who work in nearby Copenhagen). And over the last decade, Malmö had transformed itself into one of the top tech centers in Scandinavia. It’s even starting to challenge Copenhagen and Amsterdam as THE bicycle-friendly city in Europe.

Stay tuned for the next installment where I visit Copenhagen and see if it really does live up to the hype.