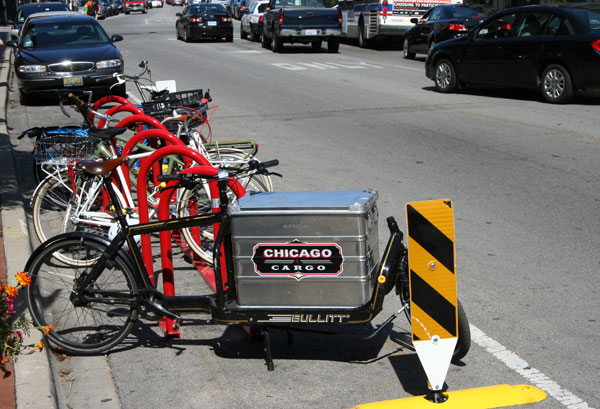 The Andersonville Development Group knows that bike infrastructure equals a thriving business district. In 2012, the group had the idea of installing a parklet and Chicago’s first bike corrals. Armed with ambition and vision, they launched a Kickstarter campaign to raise the necessary funds, and were successful to their endeavors.

We worked closely with the Andersonville Development Group to develop a brand for their bike corral which reflected the district’s commitment to biking and we used their Swedish heritage and influence to select the blue color of the bike corral. Installation occurred in fall of 2012, and the initial installation resulted in an uptick in foot traffic to surrounding businesses and demand for additional bike corrals throughout the District!