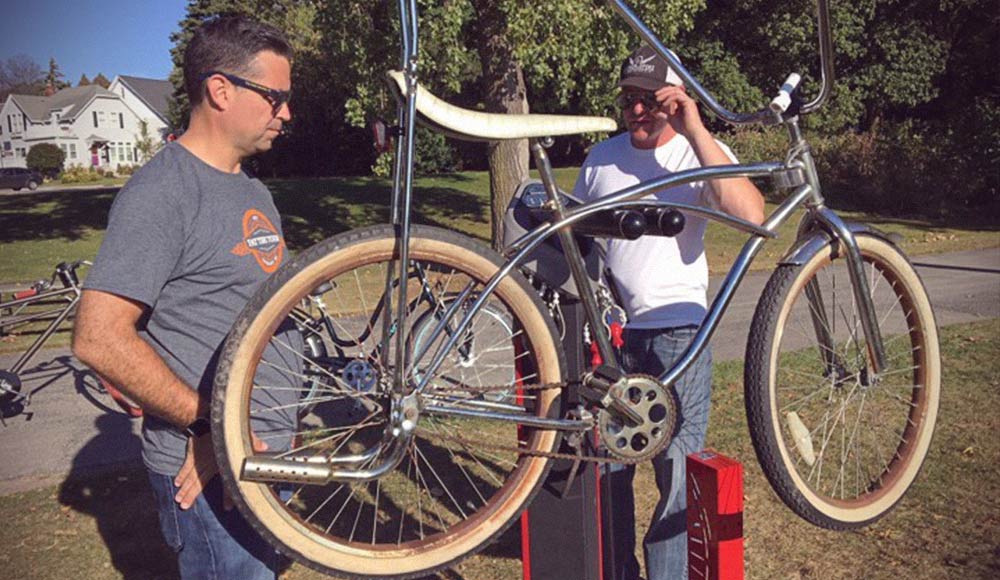 Green Bay, Wisconsin, recently celebrated the installation of new bicycle service stations across the city and surrounding area. The project was spearheaded by Leadership Green Bay, a professional enrichment program made up of local business leaders as part of the Greater Green Bay Chamber of Commerce. 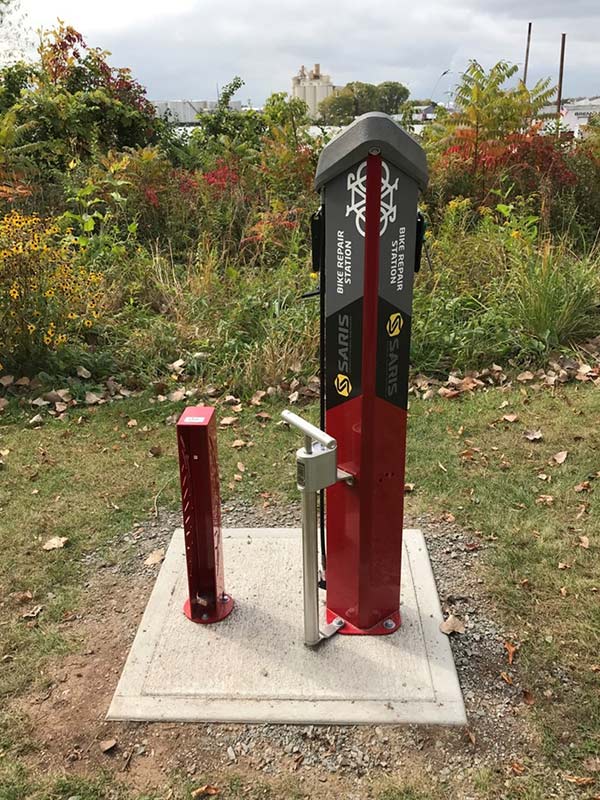 A station sponsored by Saris, installed along the Fox River Trailhead in Green Bay. 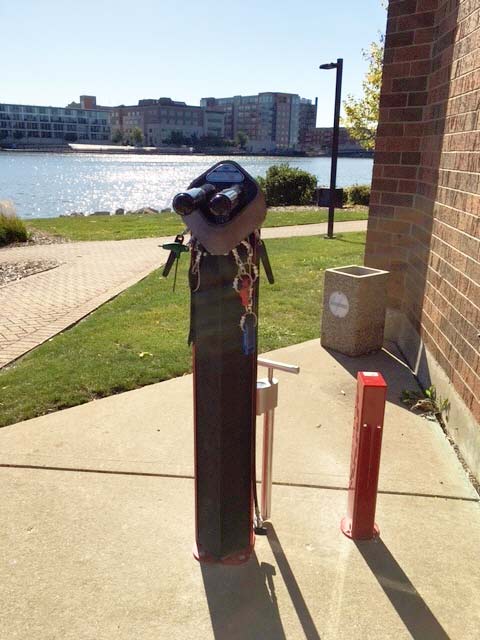 A repair station at the Neville public museum along the banks of the Fox River.

The repair stands also feature custom branding to acknowledge the donor of each installation. Bike Fixation’s endorser brand Saris also joined in the festivities to donate one of the stations. 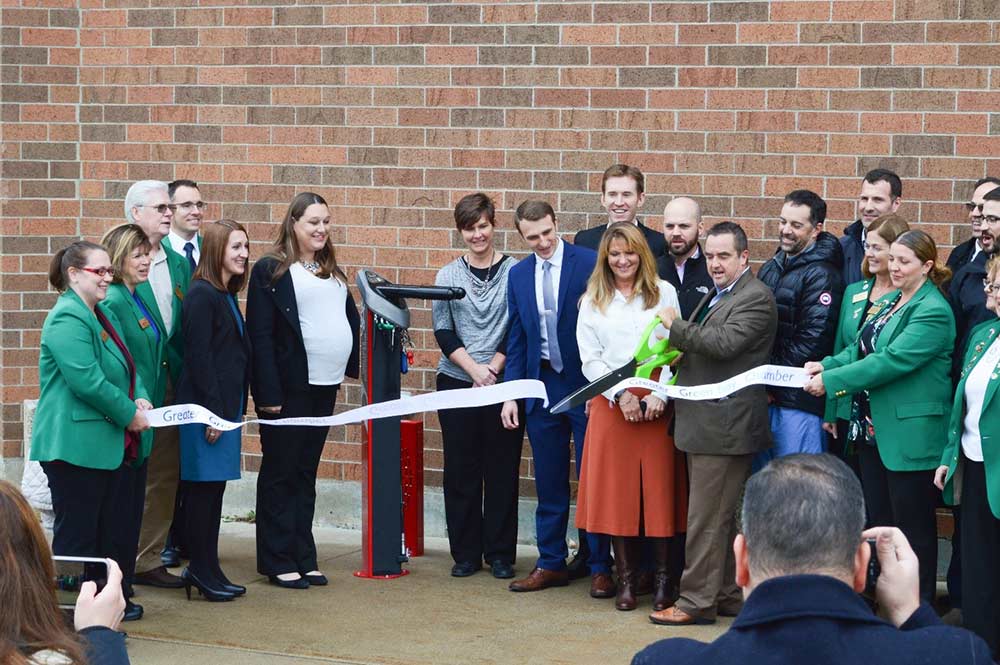 
This program serves as a great step forward as Green Bay continues to improve its bike friendliness. To open these new bike repair stations to the public, Leadership Green Bay hosted a ribbon cutting ceremony at the Neville Public Museum. Those in attendance included business leaders, bike advocacy groups and even Green Bay’s Mayor, Jim Schmitt – a testament to the excitement the project has garnered locally. 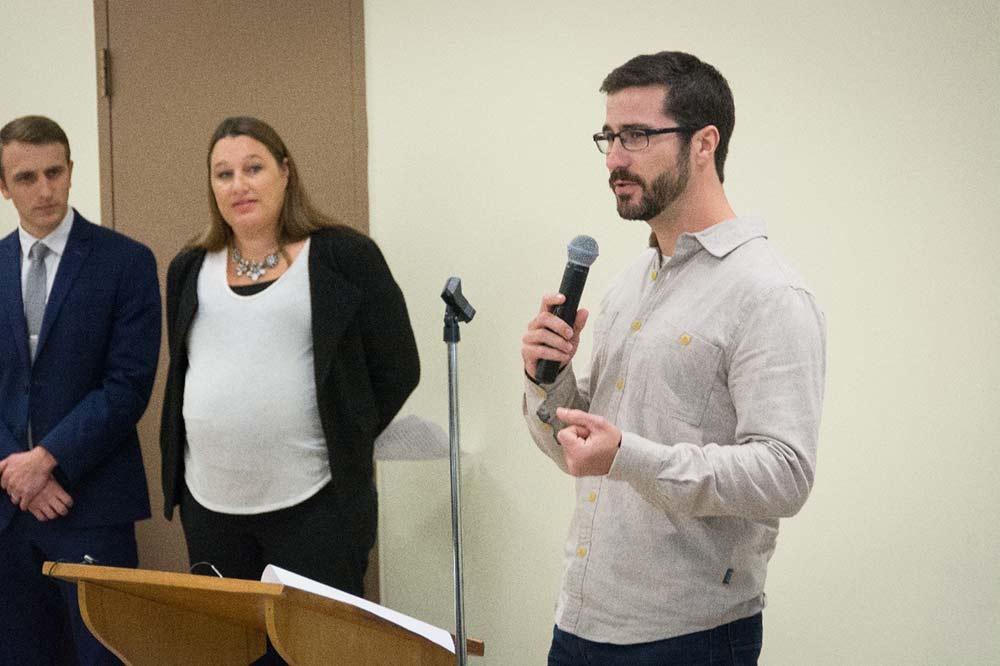 Bike Fixation's Chris Bauch was invited up to speak more about the stations and how they can impact a community’s bike friendliness. (Dennis Rosloniec / Neville Public Museum of Brown County)

"We’re excited that it’s part of a broader initiative to be healthier in this area and enjoy the wonderful trails and natural resources that we are blessed to have here."

A Green Bay local mounts up his chopper bike to try out the newly installed repair stand.

"After that experience it just sort of 'clicked' what this project was all about, and how something so simple can make such a huge difference."

“I had a chance to use one of the repair stations almost immediately after they were put in,” said Dennis Rosloniec of the Neville Public Museum.

“I noticed a woman walking her bike on the trail and asked if she needed help. She mentioned that her tires might be low (they were almost completely flat) and thankfully the bike repair station near the Fox River Trailhead was close by, so I was able to get her back up to speed in no time.

"While I was inflating her tires she told me how she just recently had surgery and her bike had sat almost the entire summer, (hence the flat tires). I have to say that after that experience it just sort of ‘clicked’ what this project was all about, and how something so simple can make such a huge difference. It’s a huge step in helping to build a more bike-friendly community.”

"We have come a long way, baby. Back in the day, we had no bicycle facilities."

"I have been involved with bicycle advocacy in the greater Green Bay Area for more than 25 years,” said Peter Flucke, President of WE BIKE, etc.

“And we have come a long way, baby. Back in the day, we had no bicycle facilities, and now fast forward to November of 2017, when I attended the ribbon cutting ceremony for the sixteen new Bike Fixation public bike work stations.

"Our biking culture here in Green Bay is booming. People of all shapes and sizes are riding all kinds of bikes on an ever-expanding network of on- and off-road facilities and they are demanding more. Our new bike work stations will help take us to the next level." 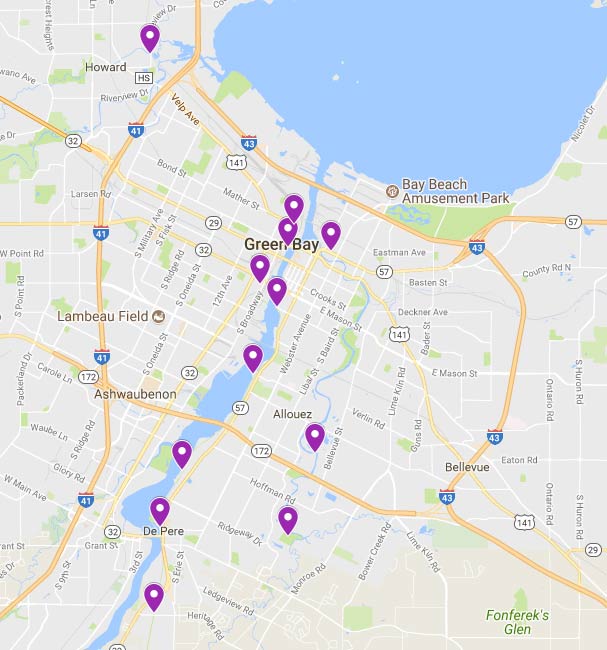