An interview with the founder and director of the Vision Zero Network, Leah Shahum. 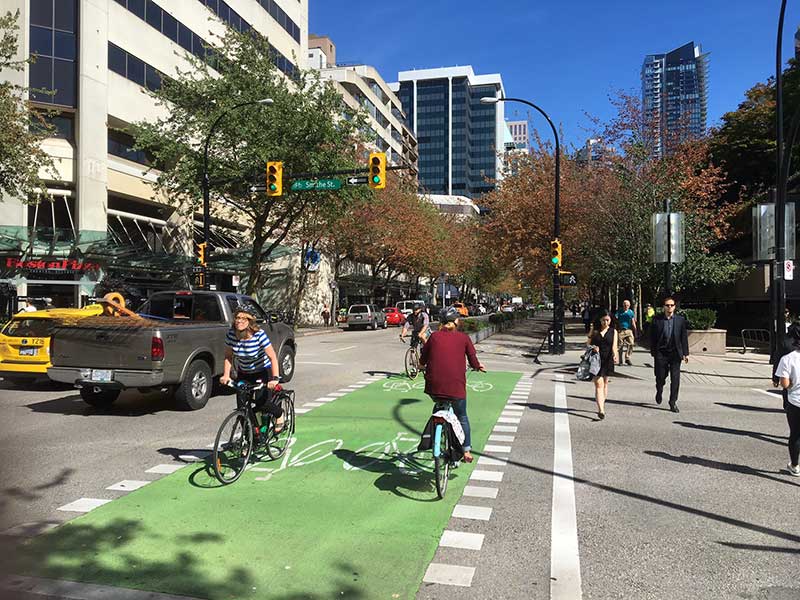 Saris infrastructure is proud to highlight the work of those making positive impacts in bicycle advocacy. This month we are featuring the efforts of Leah Shahum and Vision Zero. Saris is honored to help support Leah's work and raise awareness and promote the principles of Vision Zero.

What is Vision Zero and why is it important to U.S. cities and cyclists in particular?

Vision Zero is a new way of thinking about safe mobility. It sets the expectation that all people deserve to be safe as they move around their communities, whether we're walking, bicycling, driving or riding transit. It sets the goal of zero traffic deaths or severe injuries among all road users, and then lays out strategies to get there.

First started in Sweden nearly 20 years ago, Vision Zero has a track record of significantly improving safety, even while the number of trips has grown. This approach is very different than the traditional approach to traffic safety in that it starts with the acknowledgement that people are fallible and will sometimes make mistakes, so the designers of the transportation system must plan for those inevitabilities and prioritize "safe systems" to keep those mistakes from becoming lethal. 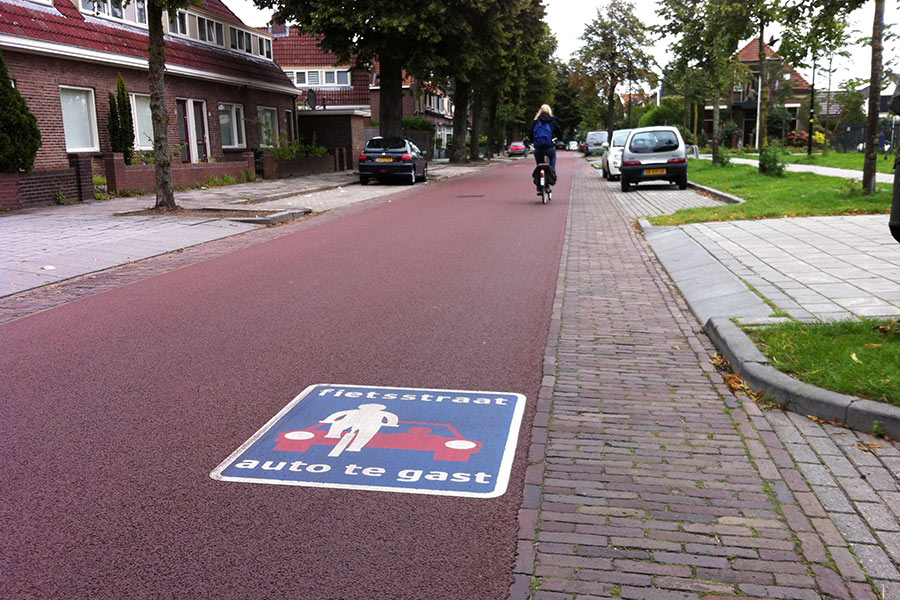 Vision Zero in The Netherlands: a bike boulevard where "cars are guests."

An example of this is the approach to speed. Most communities -- whether consciously or not -- design their streets and set their policies with a focus on moving a high number of cars "efficiently", but this often means we're sacrificing safety for speed. Vision Zero turns that around and says we prioritize safe mobility in our street design and our policies. Basically, the human life is the most important factor. And we know how to save lives on our roadways. Unfortunately, there's been a dearth of leadership and public demand for this safety-first approach. That's changing with Vision Zero.

And as for the growing number of those of us bicycling, Vision Zero is a promising way to better elevate our safety needs while biking and also for the times we get around by walking or driving or taking transit. This really is an equal-opportunity approach that commits to prioritize safety for all road users.

And another thing we're seeing is that Vision Zero is helping to further mainstream bicycling. As we know, people on bikes can sometimes be characterized as single-focused, or only interested in bike issues. Of course that's not true for the vast majority of us. In fact, bicyclists in many communities are the ones leading the call for Vision Zero, emphasizing the importance of benefitting all road users. This is creating a greater sense of shared interests and meaningful partnerships between those in the biking community and others who are focused on safety issues, including those advocating for better walking, for seniors, for children, and other key stakeholders. 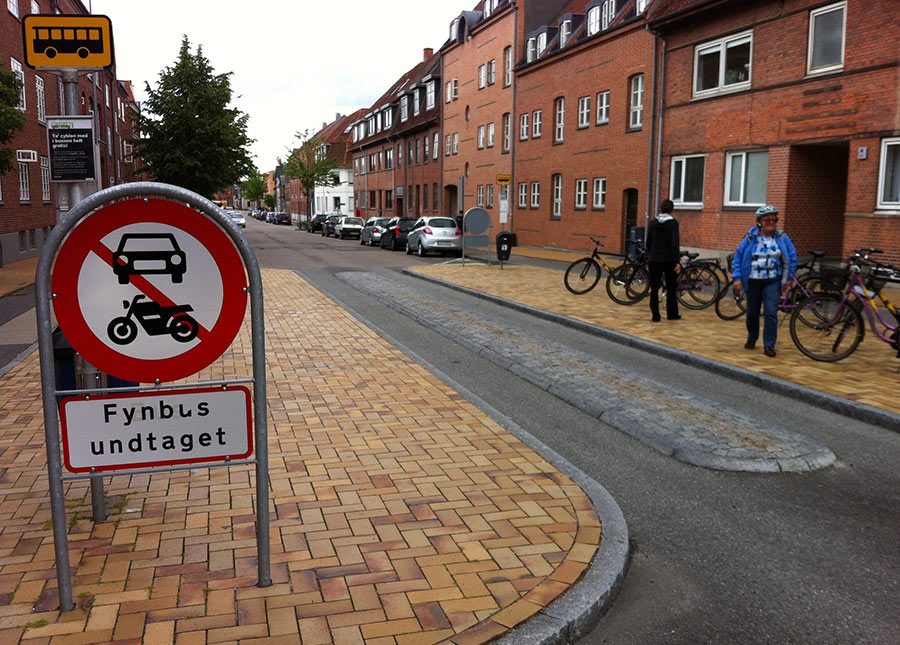 What is your origin story with Vision Zero?

After leading the San Francisco Bicycle Coalition for more than a dozen years, I was frustrated that our city (like many others) was still not prioritizing safety for the growing number of people biking. In our society, generally, there's almost this feeling of complacency that people are dying regularly on the roadways in what are preventable tragedies. I learned about Vision Zero's success in cutting traffic deaths in half in Sweden, and then I was inspired by NYC becoming the first U.S. city to commit to Vision Zero in early 2014. At that time, we brought the idea of Vision Zero to our Mayor and other city leaders in SF (San Francisco), and they were excited to have this proactive, forward-looking approach to ensuring safe mobility. 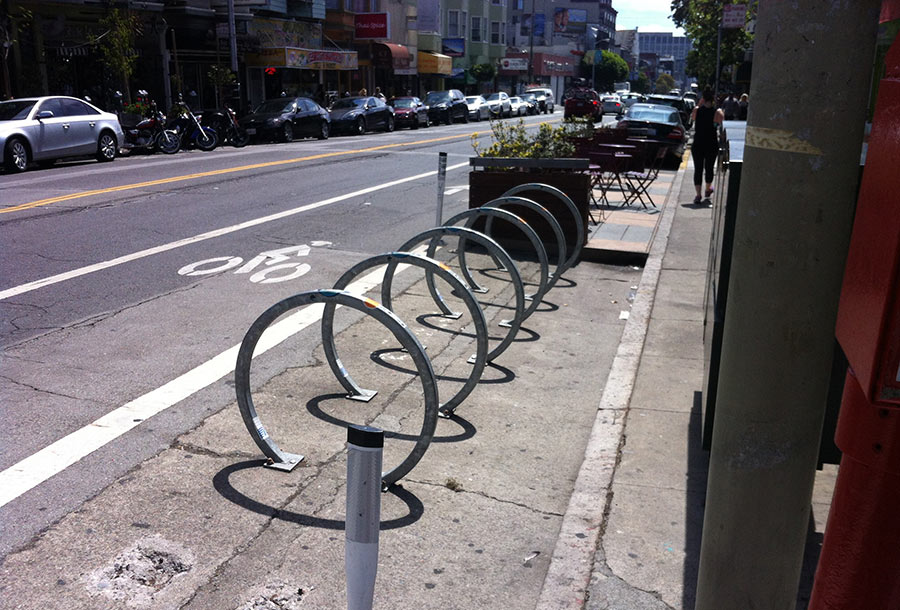 Vision Zero in Leah's San Francisco: every mode has its place in the public space: bike lanes, on-street bike corrals and parklets.

After SF became the second Vision Zero city in the country, we started getting lots of calls from other cities interested in learning more. So I started a new nonprofit project called the Vision Zero Network. We work with any community in the nation who is serious about advancing Vision Zero. And we're seeing tremendous momentum.

In the past three years, more than 20 U.S. cities have made the commitment, and they are changing their approach toward traffic safety.

For me, this has been a tremendously exciting way for community members to get involved in taking back their streets. By advocating for Vision Zero, people are declaring that their safety and health must come before the fast-movement of cars. Who can argue with the goal of keeping everyone safe as they move about the community? It's so exciting to be a part of this growing movement that has the potential to significantly shape our attitudes and save lives.

What progress have you seen from the U.S. cities who have made the pledge/commitment?

First, I want to give credit to New York City, which has the longest-running Vision Zero program, because they've significantly lowered their traffic death numbers in the past three years. They've done this by being more data-driven in their safety work, which is a key tenet of Vision Zero. And this is happening in most of the Vision Zero cities; because no community has all the resources they need to address every challenge, they are using data better to understand where the greatest safety needs are and focusing energy there.

Often times, these Vision Zero cities are seeing patterns in which communities are most affected by traffic problems; this includes those of us walking and biking, children, seniors, people of color and low-income communities. So Vision Zero is helping bring this to light and bringing pressure to better serve these communities. 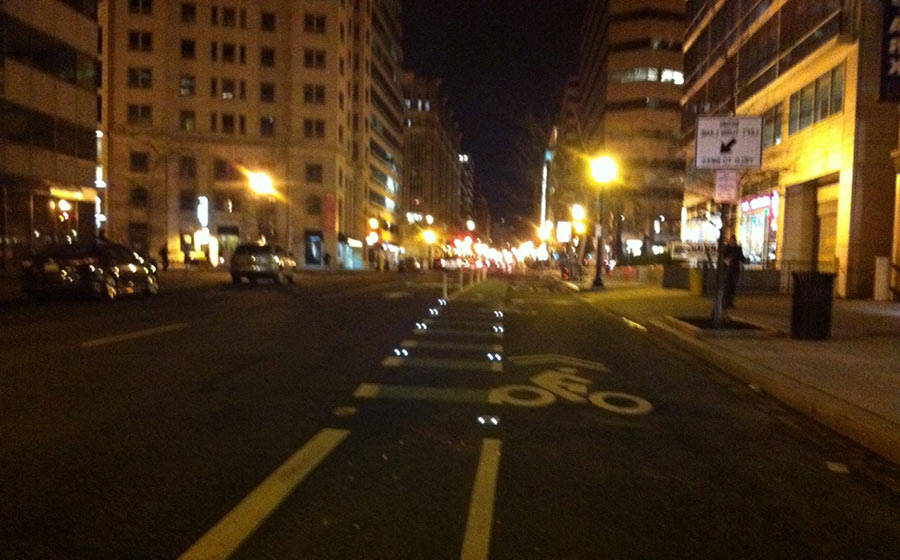 This means that cities are investing more in physically separated bikeways, traffic calming measures, and other street designs to improve safety for those biking and walking. It also means that cities are lowering their speed limits and re-designing streets to encourage lower, safer speeds. Cities like Boston and Seattle and Austin have all shown leadership in just the past few months in managing speed as part of their Vision Zero goals.

And Vision Zero really is bringing people together in a big way in these cities. We see that setting a common, shared goal and one that helps everyone really incentivizes people to pull together, to step out of their silos and commit to make change. 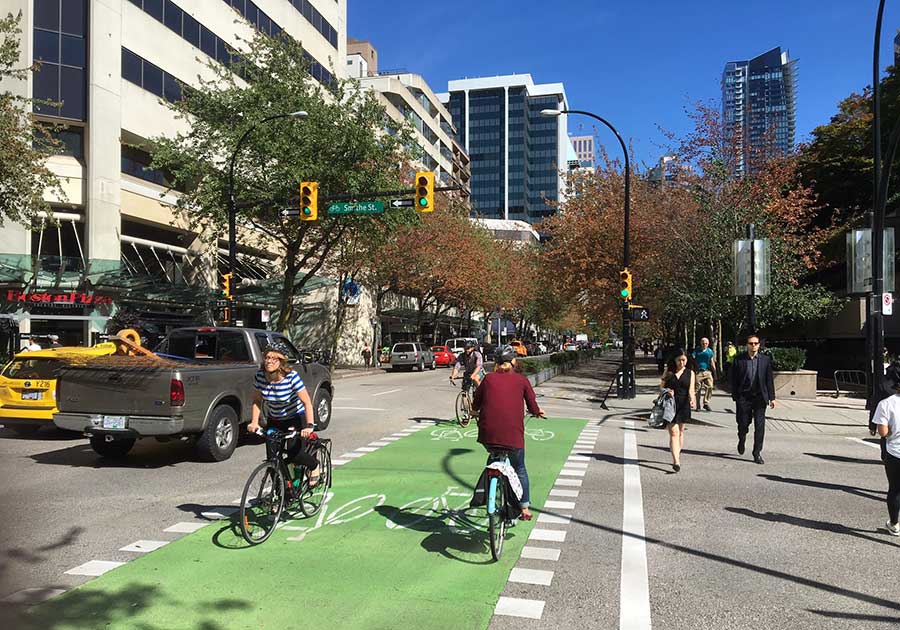 What can individuals do to help their cities and communities embrace Vision Zero?

Vision Zero is only as strong as the people supporting it. We need community members to urge their elected officials to move past business-as-usual and to commit to safety on our roads, bikeways and sidewalks.

There's a lot of power in coming together with the shared goal of safety for all. And check out the resources we have at visionzeronetwork.org.

About Leah Shahum
Leah is the founder and director of the Vision Zero Network and brings nearly two decades of proven success championing movements to advance active transportation.

Leah served as the longtime Executive Director of the San Francisco Bicycle Coalition, leading significant change on the streets and in the policies of this leading city. She also served as a policy maker on the Boards of Directors of the Golden Gate Bridge, Highway & Transportation District and the SF Municipal Transportation Agency, and the national Alliance for Biking and Walking.