Lessons from our 7th year at the American Institute of Architects National Convention and Expo.

Every year since 2010, Saris Cycling Group has participated in the American Institute of Architects (AIA) National Convention and Expo. Over the past 7 years, we've seen early "trends" like green roofs, sustainable building materials, and bike parking become mainstream and standard practice. Back in the early days, we occupied a lonely spot on the exposition floor as one of the only bike rack manufacturers in attendance. We were (and still are!) zealous evangelists for bicycle infrastructure, believing every community and development could benefit from quality bike parking. Being on the front lines of the "new" bicycle commuting and bike infrastructure movement, we saw that architects and designers were (and still are!) key participants in advocating for well-designed and intuitive spaces for bike parking and storage where the bike and its user are the focus. 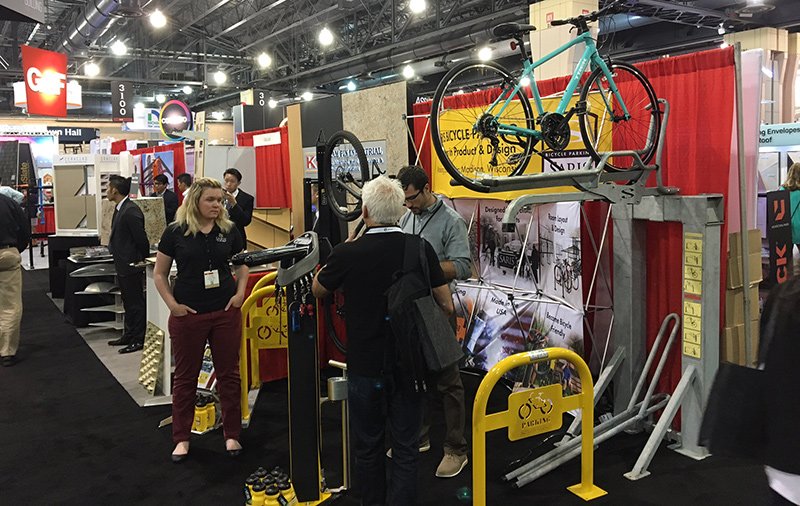 Emelye and Chris explaining why Saris is #1.


Fast forward to 2016, and we were one of seven bike rack and infrastructure vendors to display bike parking products and amenities. So what would we do to stand out in this crowded field? Do what we do best, and what truly sets us apart from our competitors: put butts on bikes and show-off our transportation planning and infrastructure chops. 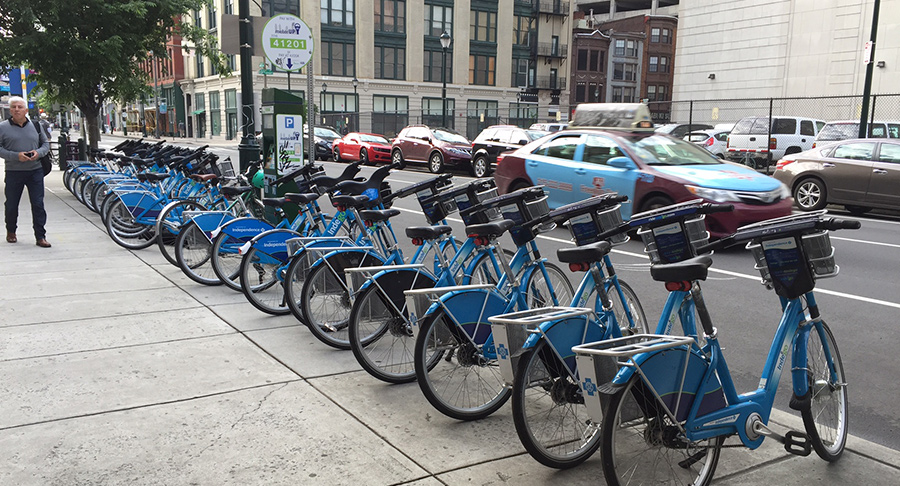 Partnering with the Bicycle Coalition of Greater Philadelphia (BCGP) and Indego Bike Share, we led a bike tour on two mornings of the convention. Embracing a fortuitous weather window, 20-25 architects each day mounted Indego bike-share bikes and set-off to see the City of Brotherly Love from a two-wheeled vantage point. Moving like a slinky seeking the bottom step, we visited many of the great historical sites like the Philadelphia Art Museum and the Rocky Steps, Independence Hall and the Liberty Bell, and the historic Rittenhouse neighborhood, all while discussing and appreciating various elements of Philly's bicycle network. With discussions led by the BCGP and Saris, we talked about the links and relationships between a vibrant city, public spaces, development, and transportation planning using Philadelphia as the example. 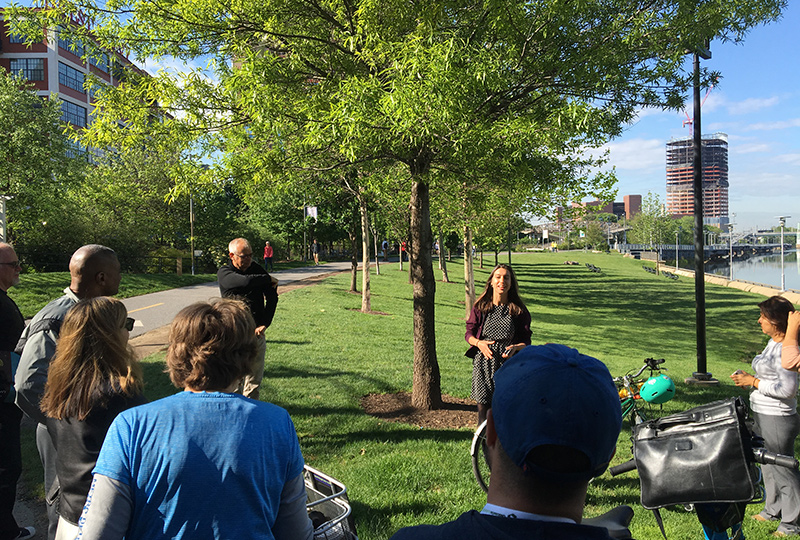 Katie from the BCGP explaining the importance of bike infrastructure and activated public space to local development.


Architects are crucial to strengthening these relationships, and being able to see their impact from a bicycle seat offered them a much more empathic perspective. And Friday's tour happened to coincide with Philadelphia's Bike to Work Day, generating a flattering "This is the best dressed biker gang I've ever seen!" from a local commuter station volunteer as we rode by. Recognized as a resounding success by this year's participants, we hope offer similar tours at future conventions. Orlando 2017 anyone?

In addition to the multitude of bike rack companies displaying their wares at the convention, another indicator that bike parking has become mainstream is that bike parking is now almost ubiquitous in every concept and project model. 8 of the 10 award-winning student architect projects at the convention depicted either bike parking or bikers in their sketches. Bike parking is now as ingrained into building design as are doors, windows, and siding. Another development that has taken off in the last couple years is the use of virtual reality (VR) in designing buildings and structures. While 3D gives architects a more in-depth perspective on how objects interact with each other in a given space, VR presents a whole new visual medium that can immerse architects into their respective projects. For bike rooms, it will allow design professionals to see that bikes aren't static objects like HVAC or plumbing. They are objects that require their own spaces and access/egress, and hopefully VR will help with a more thoughtful approach.

Booking our booth for 2017 was an easy decision. We'll be back. We'll be bigger. And we'll have a suite of brand new products that will solidify our position as the leaders in product innovation for bicycle parking and infrastructure. We can't wait to pull back the curtain at AIA Orlando 2017. See you there (and bring your bike helmet!)

Meandering through Philadelphia's low-stress network of bike lanes and sharrows.